Board members and different country delegates of The Company for Habitat and Housing widely known as SHELTER AFRIQUE are currently meeting in Cameroon’s capital, Yaounde for the 40th Annual General Assembly of the company.

Prime Minister – Head of Government, Joseph Dion Ngute who represented President Paul Biya at the official opening said the huge deficit in decent and affordable houses in Africa will require the use of innovative funding schemes and the local materials to solve. 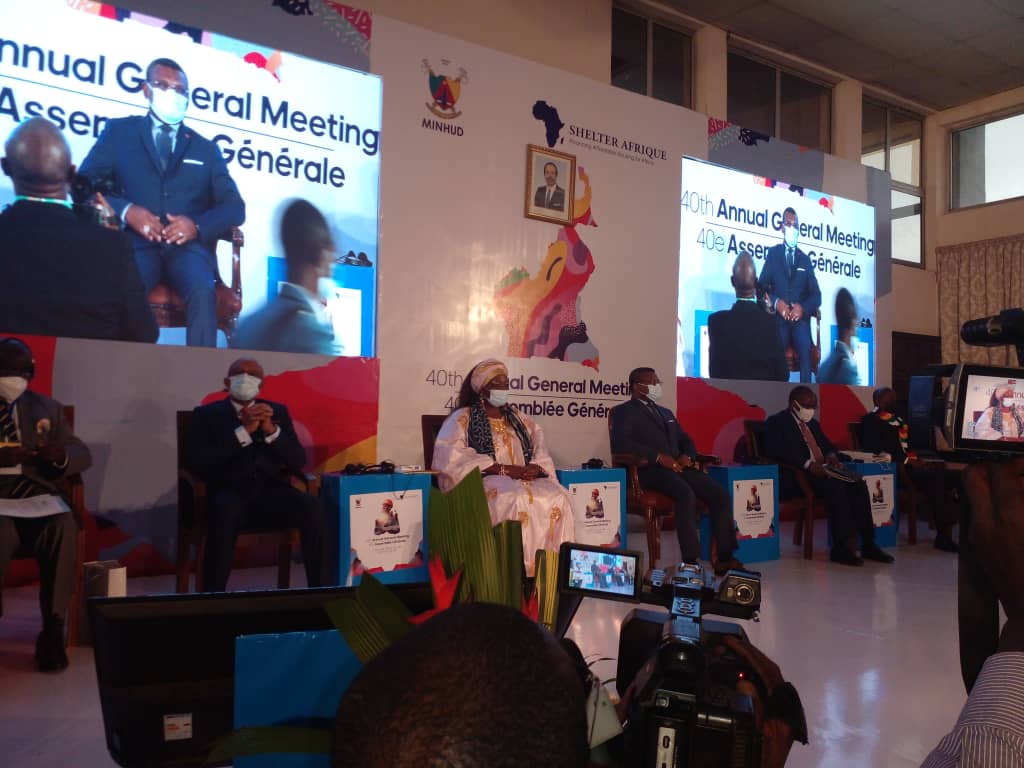 Shelter afrique was set up fourty years(82) ago with the objective of addressing the acute shortage of decent and affordable housing in Africa provoked by an ever increasing population of the continent.

The 40th Annual General meeting and symposium holding in yaounde will not only evaluate the performance of the company but also bring policy makers and stakeholders of the housing sector to devise ways of improving the access to decent and affordable lodging in Africa.

Discussions During the 7 days focus on funding, land titling and access to loans as ways of promoting decent and affordable housing and reducing informal settlements.

Speaking during the opening ceremony, the director general of shelter Afrique; Andrew shimponda and other officials of the companysaid the deficit in decent affordable housing which stands at 56 million units is a war which Africa must address to solve the ever increasing rate of urbanisation on the continent which at 52% is the second highest the world.

He noted that Cameroon subscribed to the initiative in 1982 with a capital of 3.2 billion but has benefitted to the rune of 24 billion through different housing schemes.

He urged delegates and members of the board of directors of the company for habitat and housing to incorporate the use of local materials and inventive.